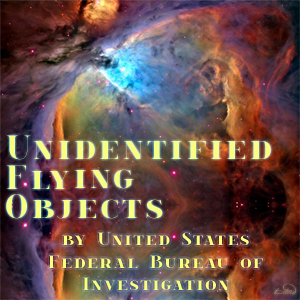 Through the U.S. Freedom of Information Act (FOIA) this series of communications has been de-classified and made public. Most names have been omitted, however much information of the sightings of UFOs in 1947 can be gleaned from these communications which were primarily between the FBI and other U.S. Government and military organizations.

It should be noted that the U.S. Air Force only became a separate entity in 1947, having split from the U.S. Army at that time. And they became very busy times for the fledgling military organization. The slant of this de-classified material is chiefly written communications between the FBI and the military machine in 1947. Correspondence herein spans July and August of 1947 which will forever remain as the beginning of serious first-hand UFO experience in the annals of history. (Introduction by Roger Melin)

Uploaded by librivoxbooks on February 21, 2011